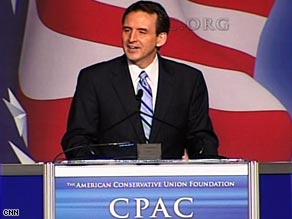 In this dramatic match-up of Pawlenty vs. Pawlenty, who will win?

In one corner we have Climate Pawlenty. Climate Pawlenty was once a champion of cap-and-trade legislation, but that was when he was a minor-leaguer. Now that Climate Pawlenty dreams of making it big in the majors (as a potential candidate for the 2012 GOP presidential nomination), he’s got to make some adjustments to his game plan.

One of adjustments this year was a complete reversal of his stance on global warming, questioning “how much of it is man-made” and accusing scientists of “data manipulation and controversy.”

In the other corner, we have a different side of Gov. Pawlenty. What could possibly compete with Climate Pawlenty? Gov. Pawlenty vetoed GAMC, the health care program that provides a safety net for Minnesota’s most vulnerable. Over 1,000 miles (he was in Washington, DC) separated Gov. Pawlenty from the poorest and sickest Minnesotans he kicked off GAMC.

To top it all off, Gov. Pawlenty finished with six percent support at CPAC, tying him with “undecided” and just ahead of other.

In this fierce battle one Pawlenty has to win, but which one? Vote now!