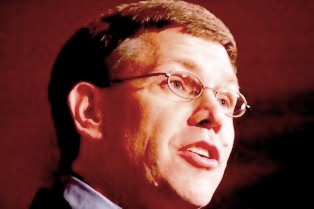 Did you miss Rep. Erik Paulsen’s ‘ridiculous’ announcement for the U.S. Senate yesterday?

We don’t blame you. Rep. Paulsen’s office walked it back so fast, not even MJ’s moonwalk could keep up.

Here’s what happened: After Rep. Paulsen walked Minnesotans off the fiscal cliff and then voted against restoring tax relief for nearly all American families and small businesses, he was asked about whether he was interested in running for the U.S. Senate.

Just minutes later, Rep. Paulsen’s office corrected the report and said the Congressman wasn’t referring to a potential U.S. Senate run but was referring to the “preface of the question that mentioned Paulsen’s ‘no’ vote on the fiscal cliff…”

We did some more investigating and it turns out Paulsen’s campaign created www.PaulsenforSenate.com a mere few months ago. And, surprise, it redirects to www.PaulsenforCongress.com (for now).

But Rep. Paulsen is totally not planning a run for U.S. Senate. Now that’s ridiculous!