Clean Energy Jobs Are Thriving in Minnesota, No Thanks to Republican Candidates for Governor. 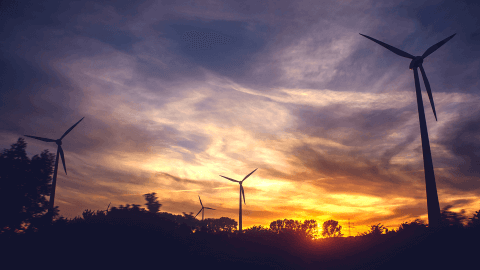 In a report released this morning by Clean Energy Economy Minnesota (CEEM), Minnesota has more than 57,000 clean energy jobs across the state. Adding more than 2,800 jobs, it’s clear that Minnesota is quickly transitioning to clean, sustainable energy that will increase employment in communities and companies across the state.

Minnesota is a leader in clean energy policy, and as a result, Minnesotans are seeing positive results for employment and the environment.

Our state’s natural resources benefit from clean energy. Thanks to our winning clean energy policies, our lakes, rivers, and forests continue to be some of the best parts of Minnesota, and part of our state’s identity.

While Governor Dayton, Lt. Governor Tina Smith, and other members of Minnesota’s leadership have been strong in supporting clean energy, it isn’t guaranteed. Many of the Republican candidates running for governor don’t support clean energy policies or even believe that climate change exists. Two such examples are Representative Matt Dean and Tea Party Republican Jeff Johnson.

In April of 2015, Rep. Dean voted against recognizing climate change as real. This shouldn’t be too surprising, since in 2013 he voted against the omnibus jobs and energy bill, which included the Solar Energy Jobs Act that pushed renewable energy initiatives. Dean says Minnesota has world class water, yet time and time again he’s voted against bills that would continue to protect it and other natural resources.

Jeff Johnson has said that solar panels are simply wasteful spending and has railed against renewable energy. Instead of supporting bills that could increase clean energy jobs, Johnson has voted against these policies, including the Kubly Amendment, which pushed for establishing a renewable energy portfolio standard of 10 percent.

Clean energy benefits not only Minnesotans’ jobs but also our state’s natural resources. Minnesotans across the state deserve a candidate who will fight for both; Dean and Johnson just don’t cut it.