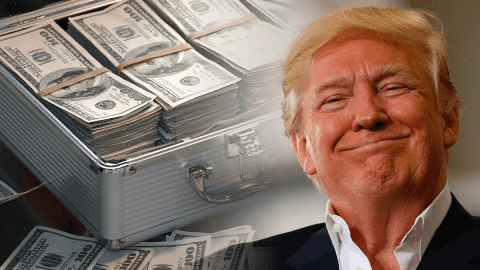 Trump and U.S. Senate Republicans have been talking for months about how their tax plan would benefit working people, but the Center For American Progress Action Fund showed otherwise in a new report released today.

Under the Republican tax plan, the wealthiest Americans – including Trump and his billionaire friends in his cabinet – would gain the most. $3.5 billion to be exact. The rest of us would receive nothing.

Republican’s tax giveaways for billionaires and corporations would also come at the expense of crucial programs like Medicaid that over 700,000 elderly, blind, and disabled Minnesotans rely on for health care.

The last thing we need is for the tax code to be even more rigged in favor of billionaires and corporations.