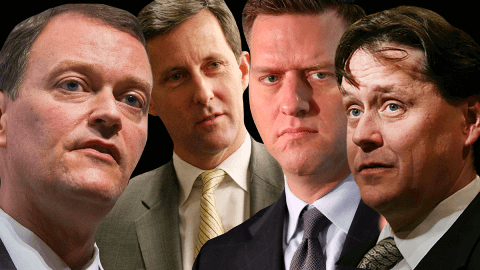 This week in Republicans-are-trying-to-take-away-your-healthcare: Slashing and eliminating funding for critical programs.

The Trump administration is cutting $396 million from MinnesotaCare, a program that tens of thousands of Minnesotans rely on for healthcare, despite assuring Governor Mark Dayton that they weren’t going to cut the program’s funding. Why? We don’t know, but it certainly falls in line with every other Republican decision to strip people of their health coverage.

On top of that, Congressional Republicans were so distracted in their attempts to take away healthcare from 32 million Americans that they failed to reauthorize the federal Children’s Health Insurance Program (CHIP), which expired on September 30. CHIP gives families security in knowing that they can access healthcare for their children. The program helps pay for doctor visits and vaccinations for more than 125,000 children and prenatal and postpartum care for roughly 1,700 pregnant women in Minnesota. It will run out of funding in just a couple months if Republicans do not take action to reauthorize it.

What do Minnesota Republicans like House Speaker Kurt Daudt and Rep. Matt Dean, who previously called U.S. Senate Republican’s attempts to take away people’s health insurance a “good start,” plan to do to ensure that Minnesotans are still able to access quality healthcare? Another question that needs to be answered.