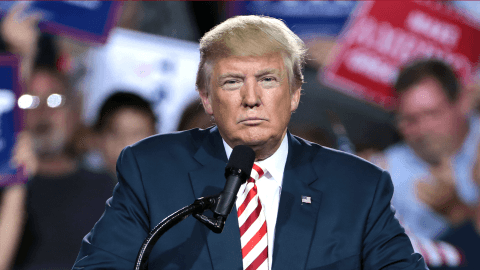 Trump cut funding to healthcare for over 89,000 working Minnesotans. When the Trump administration told Minnesota they would no longer fund the expansion of MinnesotaCare, our state stepped up and announced a lawsuit to protect funding for Minnesotans’ access to healthcare.

Comprehensive healthcare plans in New York and Minnesota that cover over 800,000 low income people are at risk after funding cuts from the Trump Administration. https://t.co/f6zc0Kq1M2

2. Tax breaks for corporations at our families’ expense

President Trump’s tax scam gave tax cuts to the wealthiest and corporations, while slashing funding for healthcare. The only people excited about his tax plan are the big corporations who are getting billions in tax breaks at our expense. These tax cuts will cause the national debt to rise up to $1.9 trillion – used by conservatives as a reason to slash funding to Medicare, Medicaid, Social Security, disability, education, and nutrition programs. While hardworking Minnesota families barely afford to put food on the table, big corporations and the wealthiest will continue to make even more money at our expense.

The #GOPTaxScam leaves middle class families in Minnesota behind. Meanwhile, the top 5% of earners in our state receive 60% of the new tax breaks. That's unfair and wrong. #TaxDay pic.twitter.com/0Ly1wb9FRT

Million of Americans will see a tax increase under the #GOPTaxScam, and Minnesota will be even harder hit. This is a bad deal for our country and MN. #mnleg https://t.co/slIN0o9vXF

Minnesotans have had enough of Trump’s harmful agenda and the Republicans who are supporting him. We’re not standing by as they divide us against each other and rewrite the rules to give massive tax breaks to corporations and the wealthiest at our expense. In fact, 52 percent of Minnesotans disapprove of Trump’s job performance. In the race for governor, a generic DFL candidate leads a generic Republican candidate by seven points (46% to 39%). Because of Trump, Republicans are suffering up and down the ballot.

I've visited your city. I know your values.
While it's a rural area, Duluth is fiercely progressive.

Show Trump what you're made of tomorrow.
And make it clear America doesn't condone using children as pawns in his political game.https://t.co/q2h7OygivP

Trump's dangerous gag rule is bigger than Planned Parenthood. The gag rule could make accessing crucial health services, like testing and treatment for STDs, more difficult for people to get. #NoGagRule https://t.co/Qp4h59trHn

Need a refresher on what #TitleX is and why so many people are speaking out against Trump's dangerous gag rule. Here's what you need to know: https://t.co/sMRBhJTz4B pic.twitter.com/BMPevMSWFV

The Trump administration's "domestic gag rule" will silence doctors and make it more difficult for 4 million low-income people to access reproductive healthcare services. This is a direct attack on women's health. #NoGagRule pic.twitter.com/Jc5wbjjHo5

Donald Trump didn’t invite the pride and joy of our state, the Minnesota Lynx, to the White House, despite winning a WNBA Championship last fall, the team’s fourth in seven years. The Lynx still went to D.C., instead making Minnesotans proud by spending the day doing community service at a local elementary school.

2/2 Payne Elementary school was incredible to work with. We were inspired by the 1st-5th graders who were smart, funny, and driven. Principal Byrd is a LEADER and is empowering those kids to a bright future. The @minnesotalynx organization was blessed to have met them. #DCSchools

Exceptionally classy move and exactly in character with this group. And it will get 1/100th the media attention the @Eagles White House disinvite has. #WNBA #Lynx #LosLynx #NFL https://t.co/gtLDpTIVAK