We’re all paying the price. 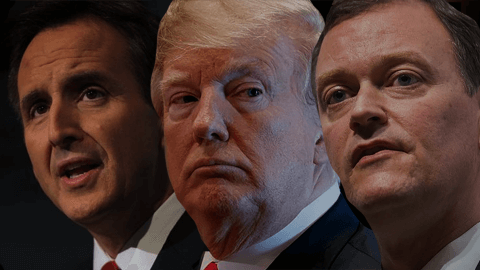 Six months ago today, Trump signed the federal Republican tax bill into law, and we’re all paying the price for it (unless you’re one of the wealthiest 1% of Americans who are reaping all the benefits).

Trump promised that these tax giveaways would result in more jobs and raises for working people. In reality, only nine Minnesota employers out of more than 100,000 – including three of the 18 Fortune 500 companies headquartered here — are providing measurable one-time bonuses or wage increases due to the tax cuts. And only one of these employers has announced “new” job-creating investments.

And to pay for all these corporate tax cuts, Republicans want to slash funding for healthcare, Social Security disability, education, and nutrition programs.

Minnesota Republicans have strongly supported this tax scam, including Republican gubernatorial candidates Tim Pawlenty and Jeff Johnson. We know that if Pawlenty or Johnson are elected as governor that they would push these same types of harmful policies in our state that prioritize the wealthiest and corporations at the expense of our schools and healthcare. We have history as proof.

Last time he was Governor of Minnesota, Tim Pawlenty slashed funding for K-12 schools, colleges and universities, and healthcare programs to give huge tax breaks to the wealthiest Minnesotans and corporations. Jeff Johnson protected tax cuts for companies that outsource jobs and voted to cut funding from our schools.

For Minnesota to be a place of freedom for all, we can’t let the greedy few and Republicans like Trump, Pawlenty and Johnson divide us against each other and then rewrite the rules to line their own pockets. We need elected leaders who will treat each and every one of us as equals, do what’s best for all of our families, and govern for all Minnesotans.