What Tim Pawlenty’s $6.2 billion budget deficit could pay for. 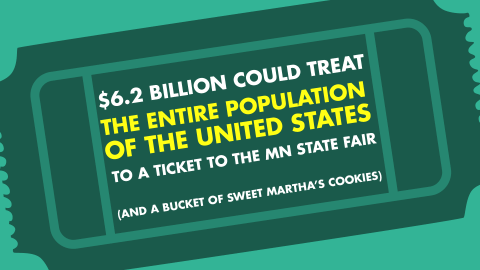 Ah, 2010: the year Apple unveiled the first-ever iPad, Lady Gaga walked the red carpet in her infamous meat dress, and Season 1 of the Walking Dead inspired a nationwide zombie craze. It may seem like a long time ago, but 2010 also marked a troubling time in Minnesota’s fiscal history that Minnesotans shouldn’t be quick to forget.

By prioritizing his super-wealthy allies over the needs of hardworking Minnesotans, Tim Pawlenty’s irresponsible governing racked up a $6.2 billion projected budget deficit in 2010. That’s obviously a lot of money, but just how much could you do with $6.2 billion?

Here are five things Tim Pawlenty’s $6.2 billion deficit could have paid for: 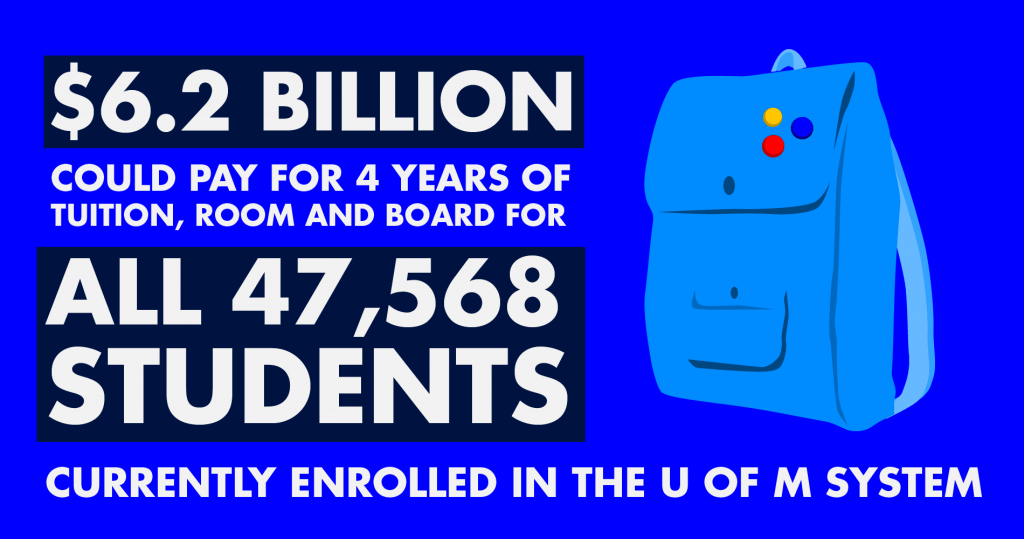 1. $6.2 billion could cover four years of tuition, room and board for all 47,568 students currently enrolled in the University of Minnesota system, and still leave over $500,000,000 left over to supply everyone with plenty of ramen noodles and late-night study session coffee. 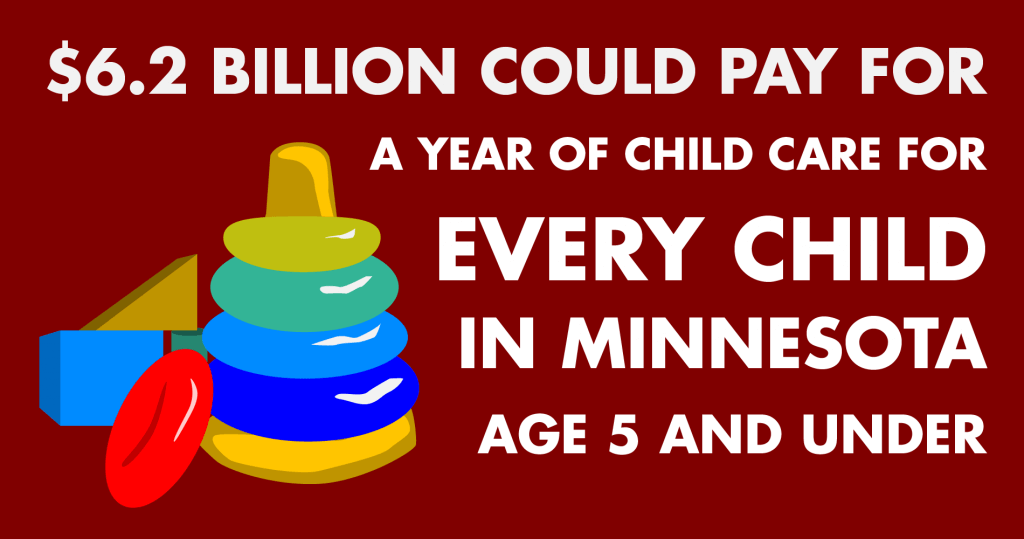 2. Working parents could rest a little easier, because $6.2 billion could provide a year of child care to every single child under 5 years of age in Minnesota at average child care rates. 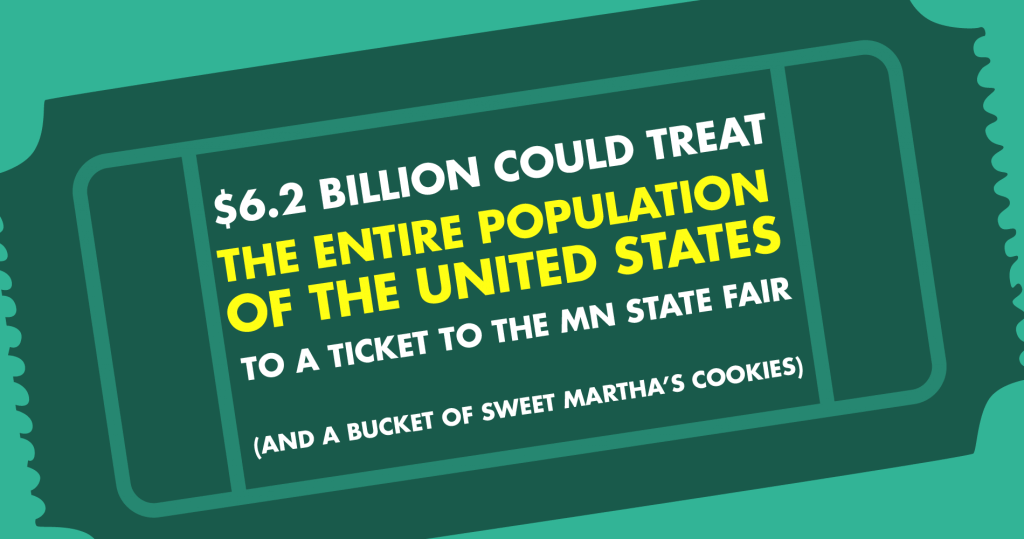 3. The Great Minnesota Get Together could get a whole lot bigger. $6.2 billion is enough to treat all 325,700,000 people in the United States to a ticket to the Minnesota State Fair and a bucket of Sweet Martha’s Cookies. 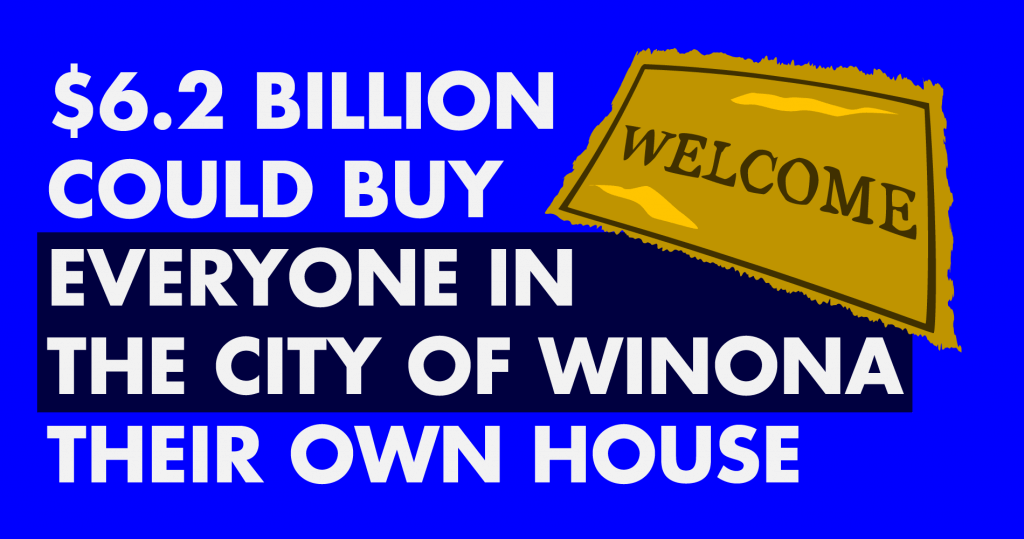 4. At Minnesota’s current median home value, $6.2 billion could buy everyone in the city of Winona, 27,372 people, their own house. 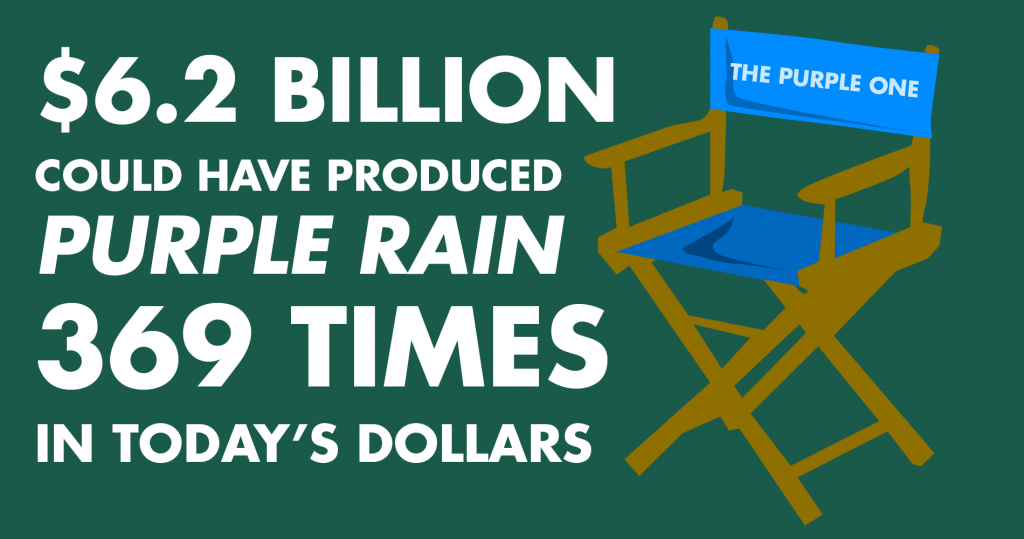 5. This might make you go crazy: adjusted to today’s dollar value, the budget for the movie Purple Rain was $16.8 million. $6.2 billion could have produced Purple Rain 369 times.

Tim Pawlenty left Minnesota in a financial mess–and left Minnesotans behind in the process. Now, he’s trying to take back the governorship and do it all over again.

That’s why we’re relying on folks like you to make sure we have the resources to hold Tim Pawlenty accountable before he can take Minnesota back down the wrong path again.

Contribute $3 today and help support our hard work at Alliance for a Better Minnesota. Together we’re committing to holding Tim Pawlenty accountable for his bad decisions.

Then share with your friends and let them know what you would have done with $6.2 billion instead of lining the pockets of wealthy CEOs.