Paul Gazelka has always been dangerous for LGBTQ+ Minnesotans.

Happy Pride Month, Minnesota! Last year, during the height of the pandemic, we couldn’t celebrate in person. But now, thanks to Minnesota’s swift rollout of COVID-19 vaccines, we can finally come together again as a big, proud, rainbow family.

And while this month is a time to celebrate the strides we’ve made toward equality, it’s also a time to remember how far we have to go. Sadly, some of our elected officials still want to strip LGBTQ+ Minnesotans of the liberties enjoyed by our straight and cisgender neighbors.

Senator Paul Gazelka’s attacks on LGBTQ+ Minnesotans have been relentless. Ten years ago, during his first term as a state senator, he supported a constitutional amendment to ban same-sex marriage in Minnesota. He kicked off his tenure as a senator with anti-gay bills and hasn’t stopped since.

Minnesotans voted against that constitutional amendment during the 2012 election, making a clear statement that discrimination has no place here. But still, Paul Gazelka didn’t get the memo.

Gazelka went on to introduce bills that would allow businesses to discriminate against LGBTQ+ people and make it harder for transgender Minnesotans to safely use public facilities. He blocked bans on anti-gay conversion therapy and tried to sneak transphobic policy measures into the state’s education budget.

Betraying his own family

Here’s the most shocking part about Paul Gazelka’s anti-gay record: he’s the parent of an LGBTQ+ child.

Genna Gazelka, who identifies as bi-gender, came out to their family as a teen. But instead of providing his child with love and support, Paul Gazelka sent them to conversion therapy. Genna described the experience as “harassment” and “torture.”

Parents who send their kids to conversion therapy do so with the intention of “curing” them of their gayness or transness. Not only is it cruel, it’s proven to be ineffective and dangerous. Despite knowing the facts, and despite knowing how this “therapy” affected Genna, Senator Gazelka blocked multiple attempts to ban conversion therapy in Minnesota.

You would think that any parent would want to make their state safer for their child, not more dangerous. Apparently, Senator Gazelka doesn’t see it that way. He would rather push his bigoted, far-right agenda than protect his own family.

We can’t let him get away with it

Hate has no place here. In Minnesota, we’re proud to offer human rights protections for LGBTQ+ people. We won’t let Paul Gazelka take them away.

Together, we’ll make sure that Minnesota stays proud. 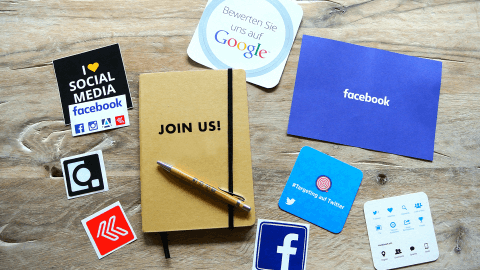